Skip to content
Double Smoked Ham
Double smoked ham is by far my favorite dish to eat during Christmas. A pre-cooked ham, re-heated on the pit with a touch of apple smoke really does make the best ham (and ham sammies). This year everyone decided that I’m to make a spaghetti dinner, not to be deprived of my ham obsession; I cooked this the weekend before. 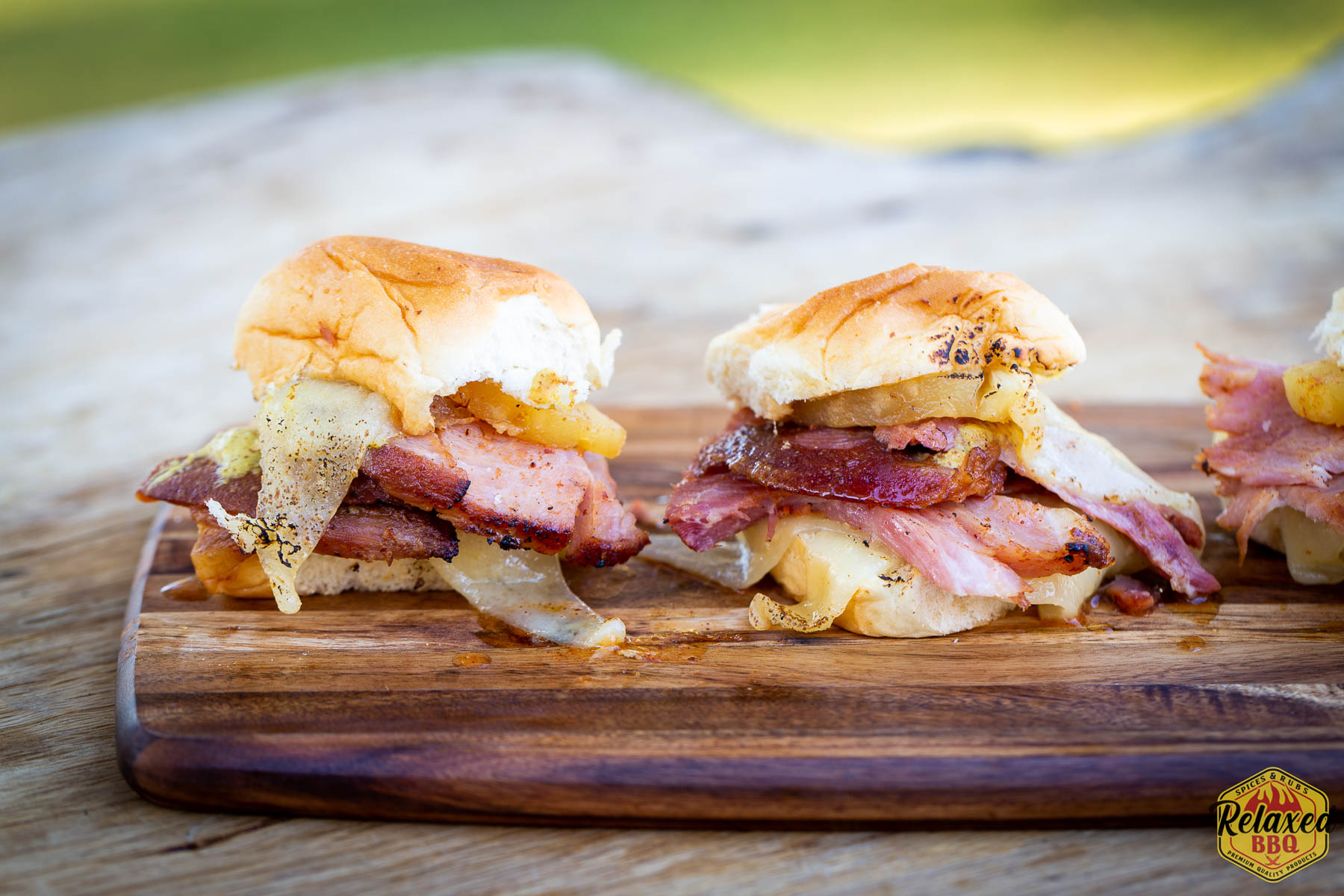 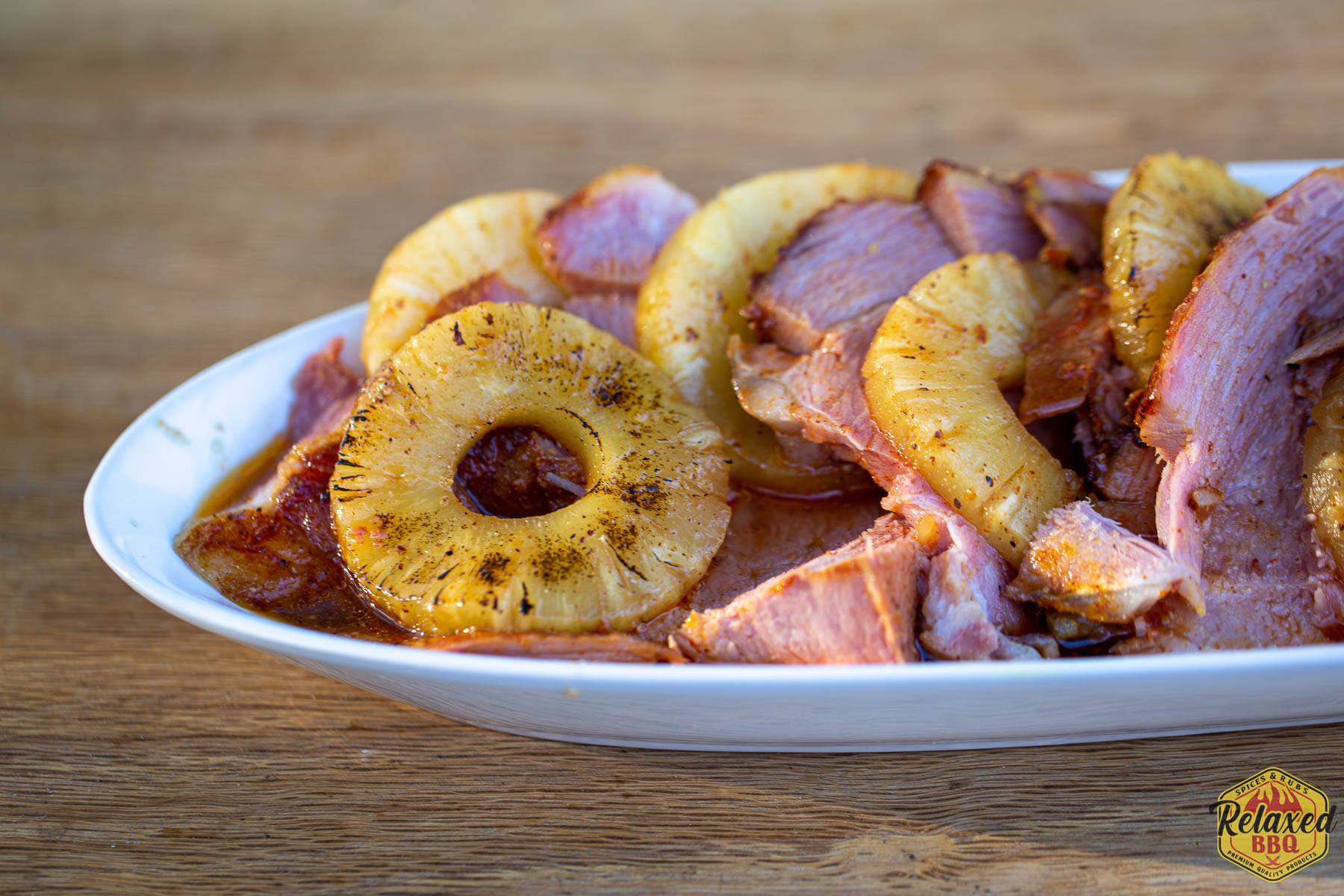 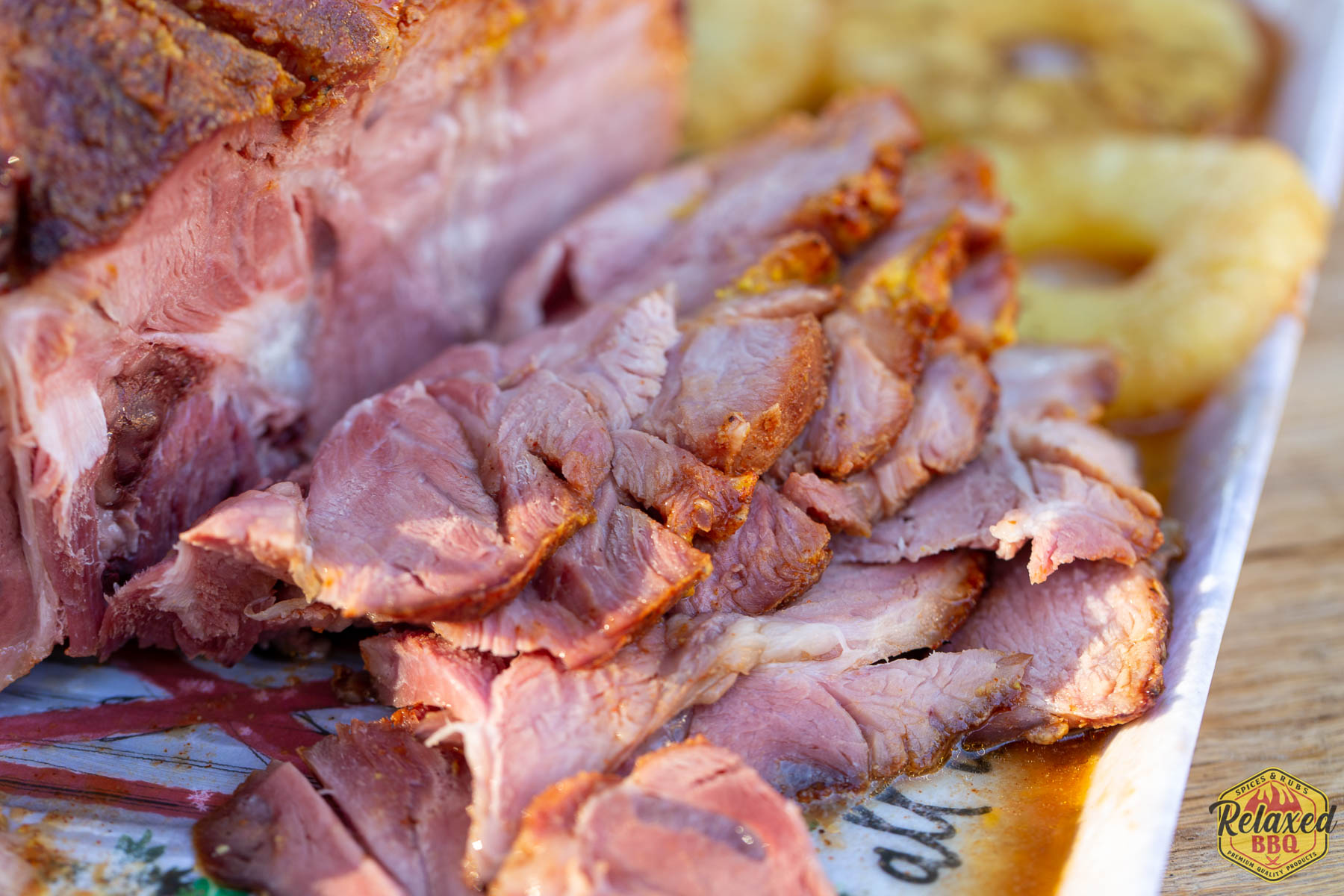 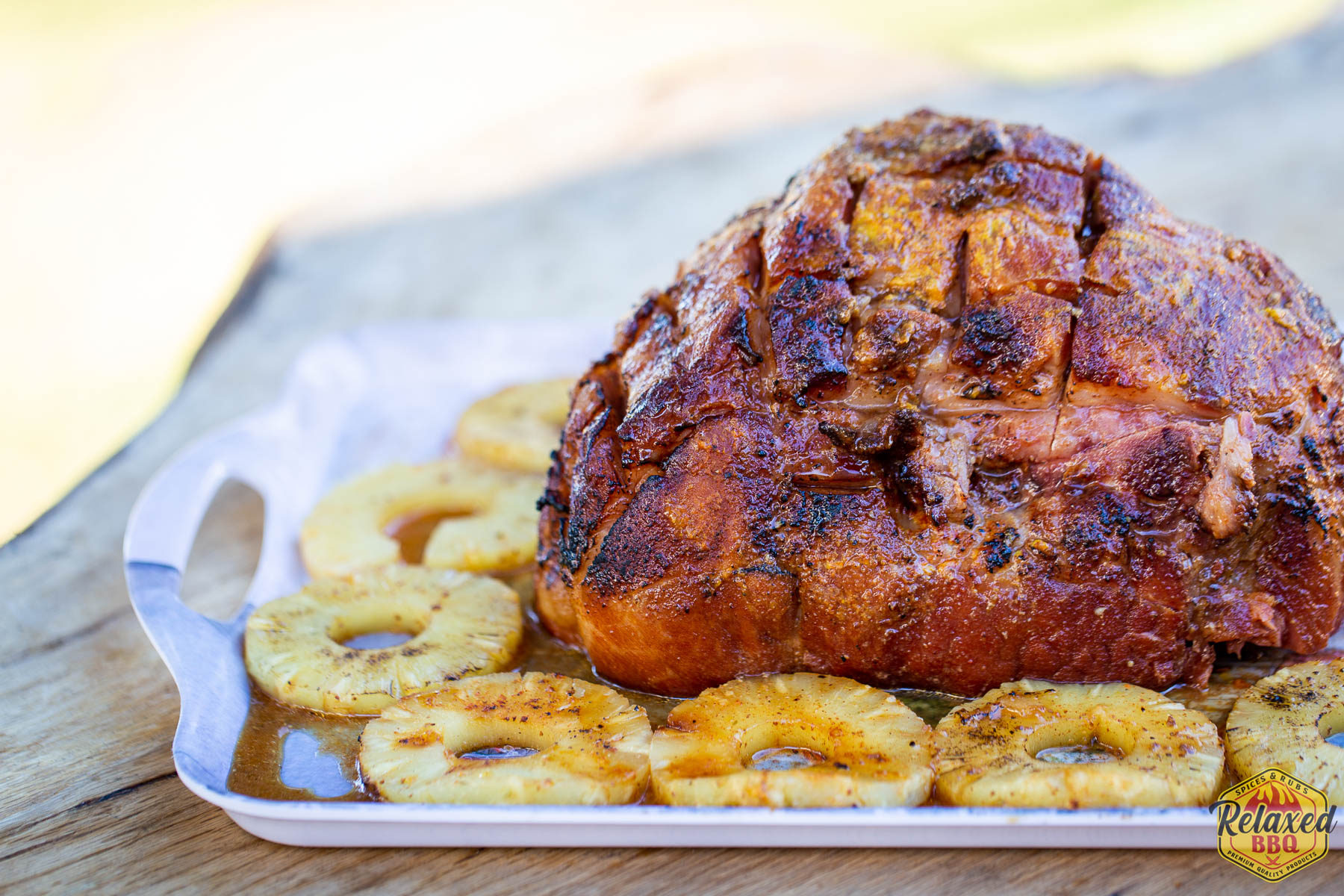 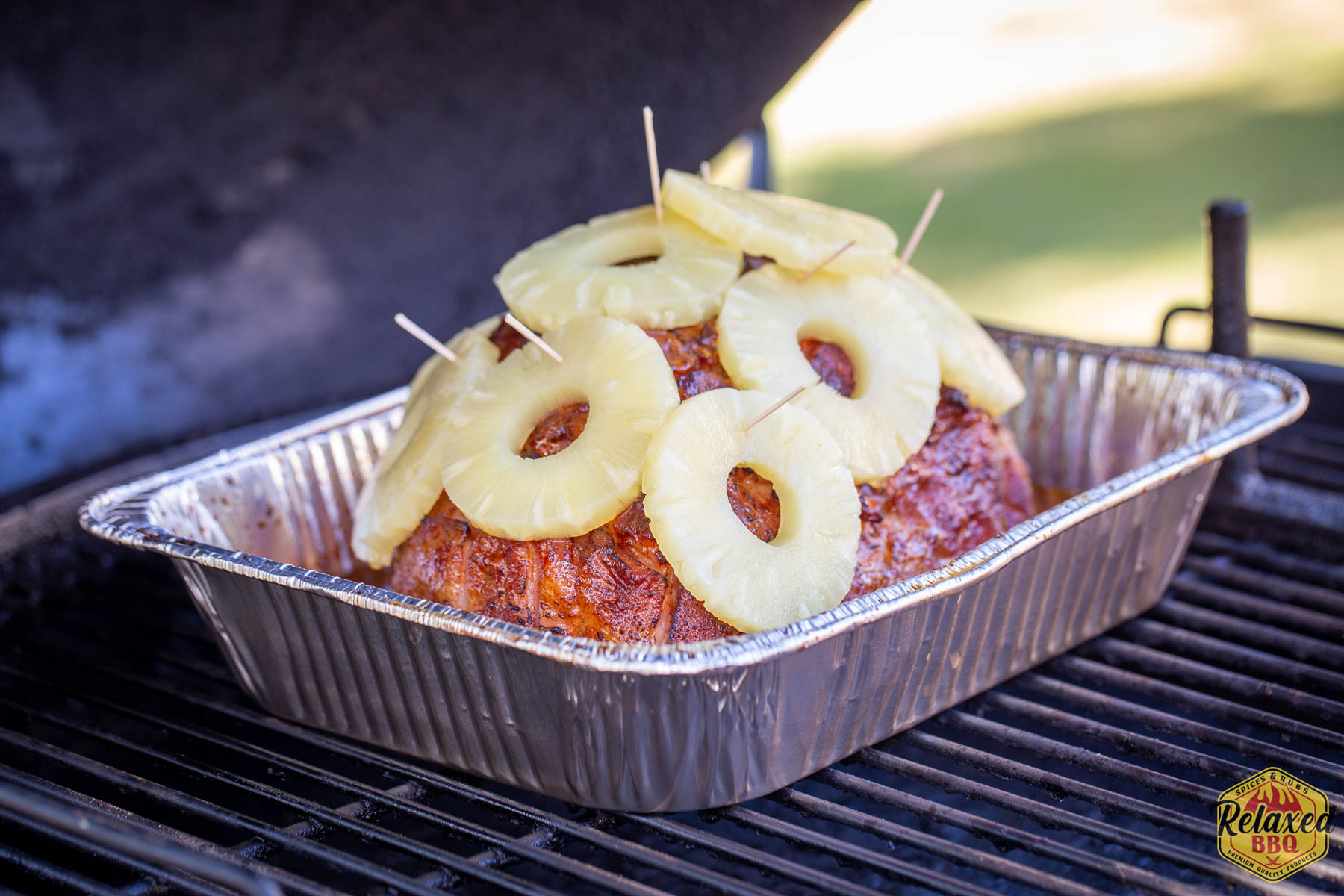 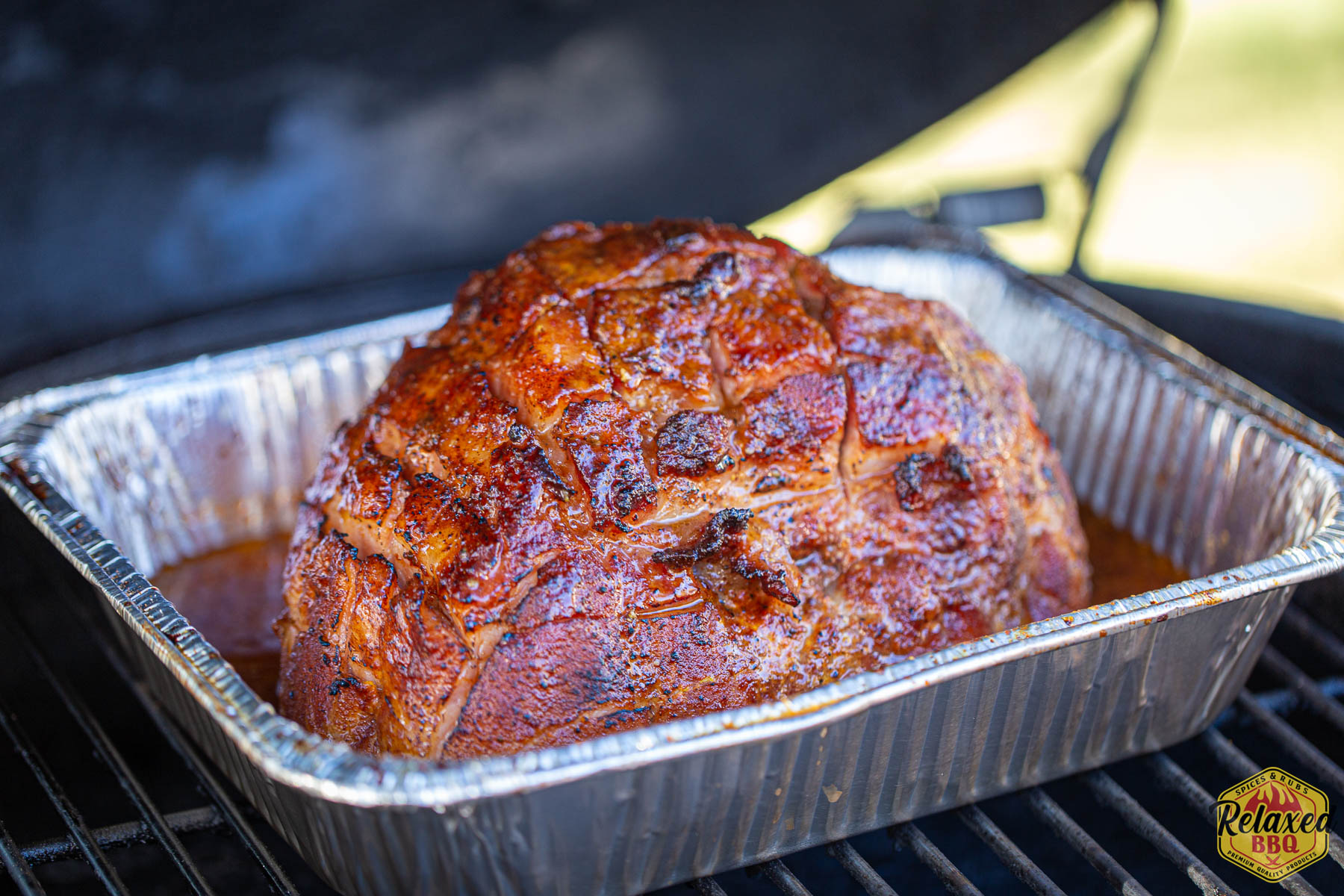 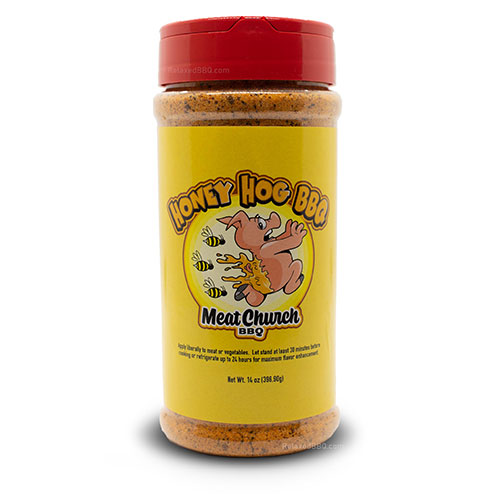 Double smoke? What and why?

All of those hams sitting in your grocery store are all pre-cooked.  They’ve been cured with “pink salt” and then smoked (usually with apple or hickory); if they weren’t, you’d have a piece of meat that will cook more like a pork shoulder than a ham.  This doesn’t change if it’s spiral cut, whole with bone or without. If it’s in the ham section, it’s been cured and smoked.

All we’re doing to double smoke is re-heating the ham as you would in the oven, cooked at the same temperature for the same time, except in your bbq pit.  Why do we do this?  Well, it adds an incredible smoke flavor; hams seem to really absorb the smoke.

Also, throw out that included glaze, and let’s make one that is much tastier than the corn syrup they include.

What type of ham do I buy?

I prefer whole hams personally.  I’ve cooked plenty of spiral hams, and they turn out great, but I think they dry out much easier.  The trade-off with a spiral cut is the glaze drips down into the ham versus a whole ham that it won’t penetrate (I try to help this by cross-cutting the top to help let some seep in).

I try to stick to a 7lb-8lb ham with the bone, but of course, boneless will work just as well.  You can get larger or smaller. It won’t affect anything but the cooking time.

I also try to get the most expensive when it comes to price per pound as I think the more expensive hams have been cured and pre-smoked better than a cheap ham.  Snake River Farms has EXCELLENT ham, but it is costly. 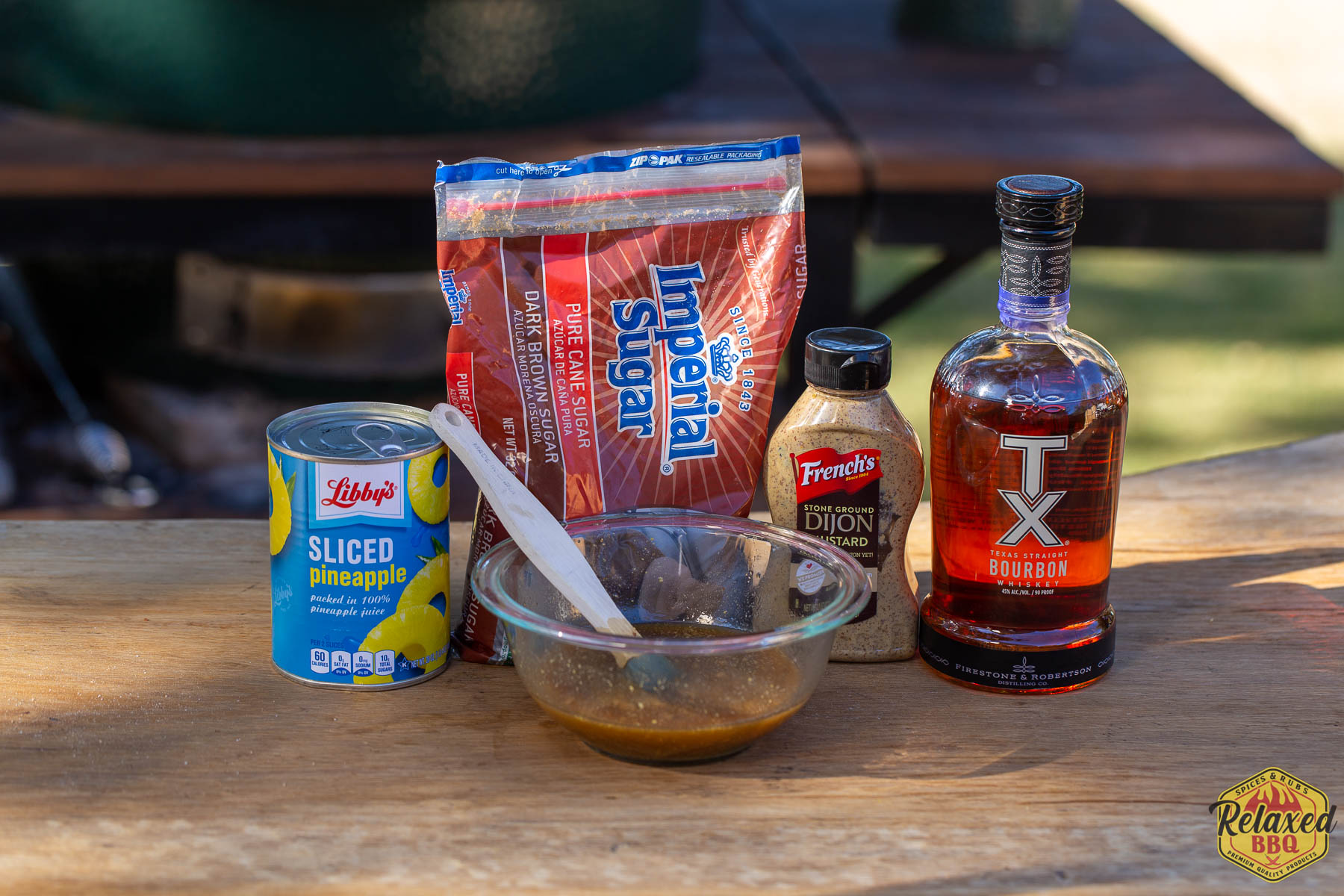 A Christmas favorite.  Ham that has been pre-smoked and then re-heated/smoked at home to create a flavor-packed smokey and sweet ham perfect for the family table or on some sandwiches! 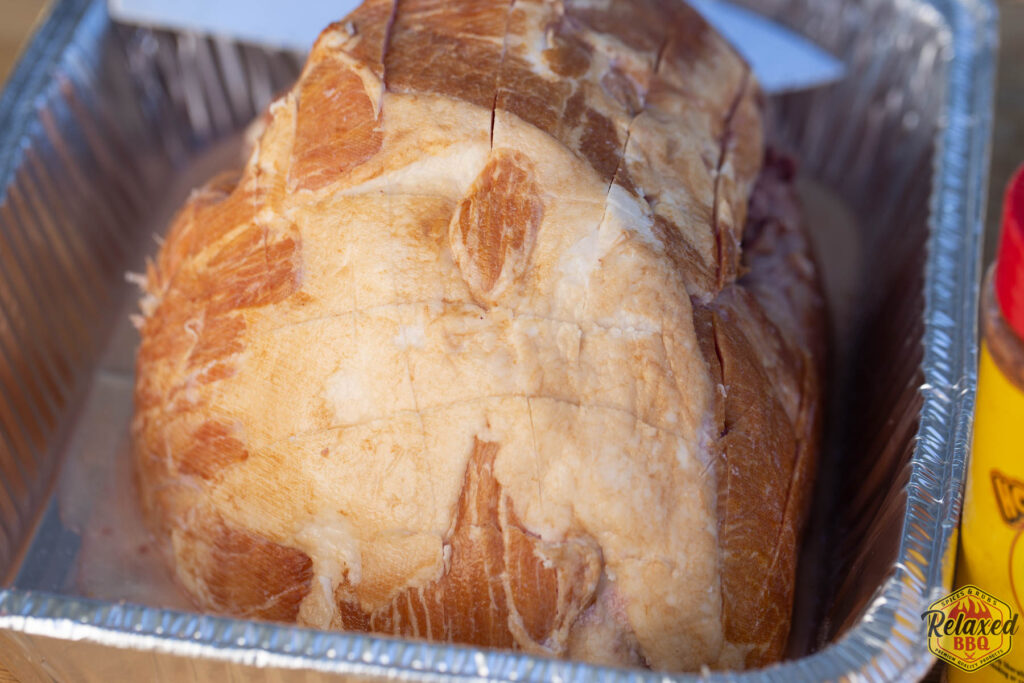 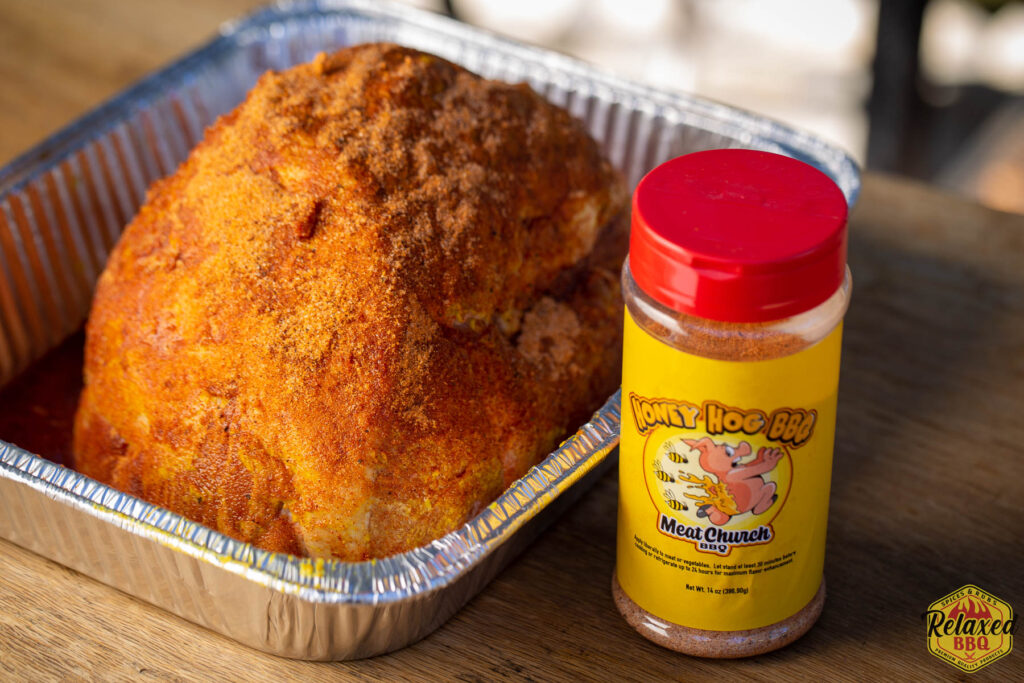 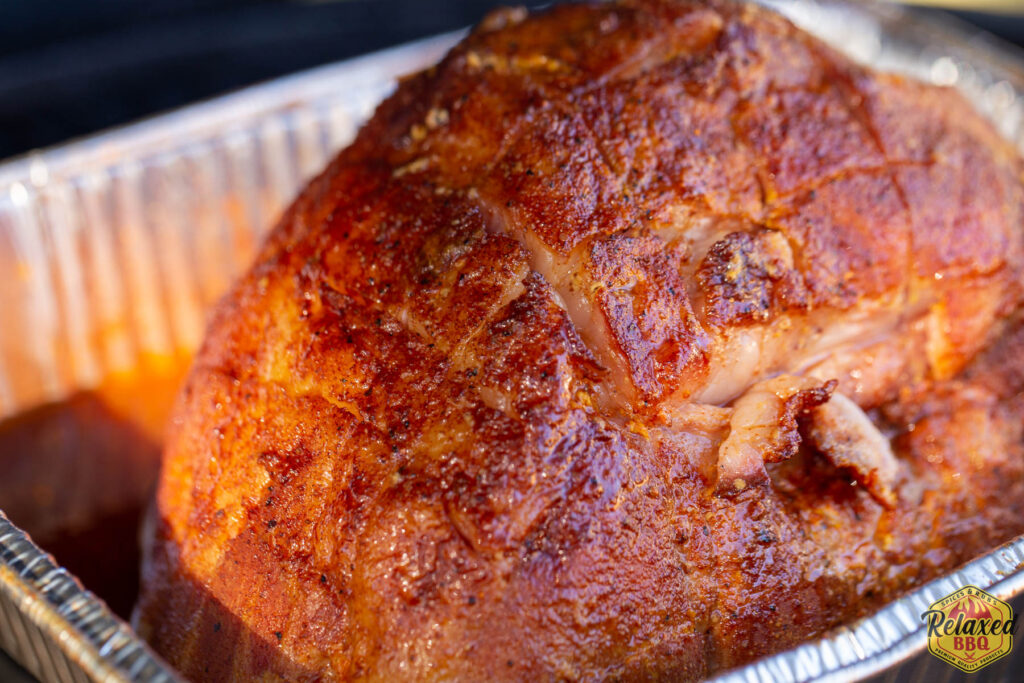 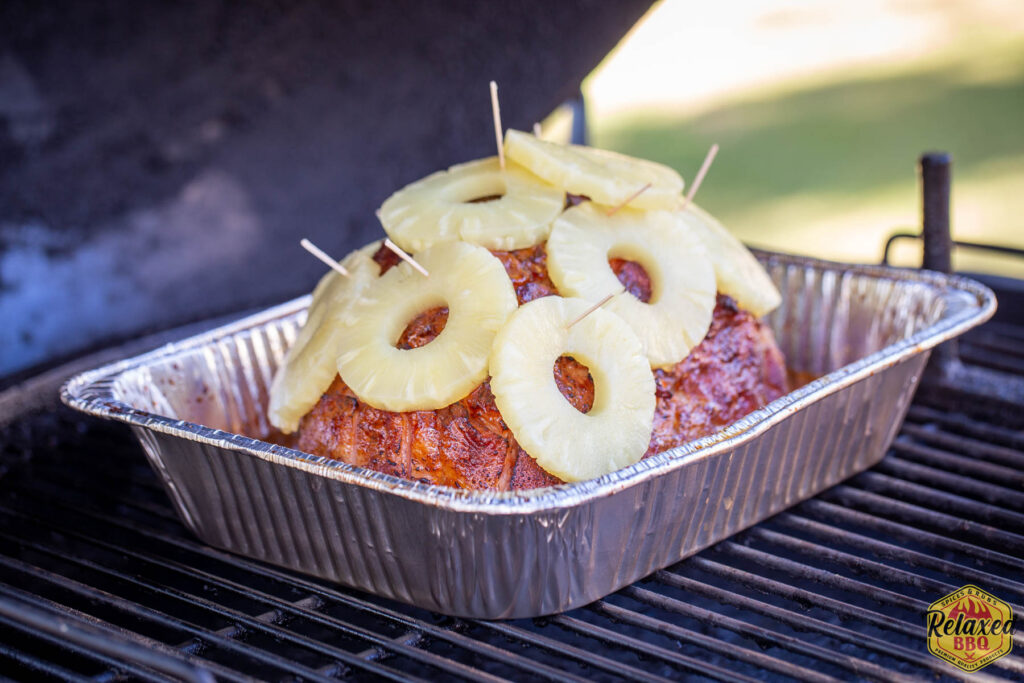 Use the leftover liquid to create a sauce (there should be at least 3 cups of liquid in the pan).  You can leave it as is or transfer it to a pan and add a corn starch slurry to the drippings!